This week, Erin Andrews was awarded $55 million by a Tennessee jury in her peeping tom lawsuit.  The lawsuit was against the owner of the Nashville Marriott at Vanderbilt University where she was staying, as well as against Michael David Barrett, the man who videotaped her nude in her hotel room and posted the video online.  The jury found Mr. Barrett 51% responsible and the hotel 49% responsible.  But now that Ms. Andrews prevailed in court, what are the chances she will collect on the award? 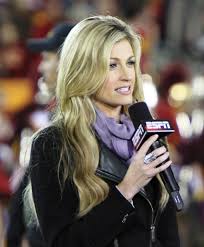 According to Dan Eaton, an attorney and San Diego State ethics professor, it depends.  In a March 8, 2016 post on CNBC.com titled Will Erin Andrews really get $55 million?, Mr. Eaton explains that different states have different laws regarding whether a defendant is responsible only for the share attributed to him/her/it or whether the defendant can be held responsible for every defendant’s share — which is called “joint and several liability.”  Wilson Elser, a large international law firm, published a survey of joint and several liability in each of the 50 states, which also includes a discussion of the legal concept.

In addition to post-trial motions and a possible appeal, Mr. Eaton discusses the fact that Mr. Barrett is likely “judgment proof,” such that Ms. Andrews would not be able to collect anything from him.  The owner of the local Marriott, however, might be different depending on the owner’s holdings and/or the hotel’s insurance policy, and whether the owner files for bankruptcy.

It is important to consider all issues when deciding whether to file a lawsuit, including whether the monetary judgment you are seeking is collectable.  Obtaining a handsome verdict is great, but collecting on that verdict can be challenging.  After all, if it can happen to Erin Andrews . . . it can happen to you.