Last week, The New York Times obtained a copy of Bill Cosby’s deposition from a 2005 sexual assault and defamation case that was reportedly subject to a confidentiality agreement.  According to a July 22, 2015 abajournal.com article titled Cosby lawyers blame his accuser for release of his deposition by court reporting service, Mr. Cosby’s attorneys argued in motions practice that the plaintiff in the 2005 case hired the court reporter, and it was the plaintiff’s responsibility to ensure that the court reporter maintained the confidentiality of the deposition transcript. 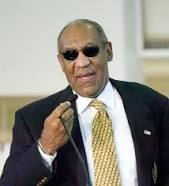 Because the facts surrounding the language of the confidentiality agreement are sketchy at best, we do not know whether plaintiff’s counsel failed to adhere to and properly implement the agreement, or whether defendant’s counsel failed to take steps to ensure that his client’s deposition was secure from disclosure.  But the fact remains that the deposition was disclosed, in its entirety.  For legal consumers — and for all lawyers — this should serve as a cautionary tale.

The parties should consider seeking a court order protecting the confidential material so that non-parties cannot obtain the documents from the court record or from third-parties.  A copy of the confidentiality agreement and/or protective order, or at least a letter detailing their terms, should be provided to any third-party in possession of confidential documents.  The letter should also include a protocol for ensuring that the third-party does not make an inadvertent disclosure.  And steps should be taken to ensure that the documents are destroyed at case conclusion or remain protected after the litigation ends.

There are many ways to protect confidential material, and each jurisdiction has its own rules and practices.  Legal consumers should be mindful of the dangers of not having a thorough and strategic protection plan.  After all, if it can happen to Bill Cosby . . . it can happen to you.