In Chapter 10 of his memoir, Rather Outspoken: My Life In The News, famed news reporter Dan Rather discusses his 2007 breach of contract lawsuit against CBS for removing him from the CBS Evening News anchor chair.  Mr. Rather’s experience with the legal system is a cautionary tale for legal consumers. 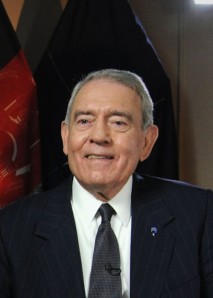 Mr. Rather writes that his removal from the anchor chair was in response to his September 8, 2004 Sixty Minutes Wednesday broadcast about President George W. Bush’s Texas Air National Guard Service and reported “lengthy unexcused absence.”  In an effort to find the truth, Mr. Rather consulted his friend and attorney, Martin Gold, about his legal options:

I started having conversations with my friend Martin Gold, a good and decent man and an excellent attorney, to see what my opinions might be. ‘More than anything,’ I told him, ‘I want to find out what happened. Tell me how this would work.’

Mr. Gold advised Mr. Rather of the enormous cost and time commitment.  When Mr. Rather asked, “Do I have a case?” Mr. Gold had the following response:

Yes, but they will have good lawyers who will mount a vigorous defense. Once you file, they will be relentless. And it won’t just be in the courtroom – it’s possible that they will delve into your personal life, and that of your family. . . . They will harness every ounce of media power they have to make you look bad. Beyond that, they will do everything they can to spend you into oblivion. It’s not that CBS has deep pockets, . . . It’s that they have bottomless pockets.”

But Mr. Rather, after much soul-searching, writes that he was clear on his motivation for filing the lawsuit:

For me, however, the suit was never about the money, and it was never about vengeance. . . . I filed the suit on principle – to find out the truth and to stand up for the importance of a truly independent free press in a democracy.

The lawsuit proved to be most of what Mr. Gold predicted.  “Documents by the tons” were exchanged, which required page-by-page redacting, copying and labeling.  “It cost a fortune.”

But in the end, right or wrong, Mr. Rather did not have a case, and he did not get his day in court.  CBS filed multiple appeals before trial challenging the trial judge’s rulings. Shortly after the trial judge indicated the case was going to trial, the appellate court ruled that because CBS paid Mr. Rather in accordance with the contract, the “pay or play” provision allowed CBS to do so without obligation to “use [his] services or to broadcast any program.”  And with that, the case was over.

Mr. Rather makes clear, however, that he didn’t regret bringing the case.

I was of course disappointed by what happened. Nevertheless, I have never second-guessed myself about the decision to go to court. It took a big whack out of my time, my psyche, and my bank balance, but even so, it was worth it. The suit accomplished much of what I set out to do.

Legal consumers should take note.  As we have stated many times before, litigation is expensive, time-consuming and emotional, and justice is not always just.  It is important to understand that the costs of litigation can outweigh the benefits.  And if you are embarking on litigation to seek the truth of a wrong, be sure the quest is worth the price of the worst case scenario.  Because, as Mr. Rather discovered, the price can be high.